This article elaborates on the Touch VPN review. Touch VPN is a US-based provider founded in 2014 and acquired by AnchorFree company in 2015.

The main aim of this VPN is to protect users’ privacy and make it available to third parties free of cost. However, it fails to do so effectively. It encrypts device data and protects it from hackers when users connect it to a public hotspot or Wi-Fi.

Touch VPN uses an outdated PPTP protocol which is insecure and easy to crack. However, the PPTP protocol is faster than other protocols but provides less security.

So, the only advantage of using PPTP is that it is faster than other protocols. Therefore, I strongly advise using the Touch VPN alternatives like ExpressVPN, Privateinternetaccess VPN, NordVPN, Surfshark VPN, and Hotspot Shield VPN.

The logging information required while using Touch VPN are:

There are various reasons to choose the Touch VPN; some of the necessary features are the following:

Available in Many Countries

This VPN provides access to 40 high-speed VPN servers in nearly 30+ locations worldwide. However, Touch VPN contains a limited no of servers.

Touch VPN offers an extension for browsers like MS Edge, Chrome, Firefox, etc. To use Touch VPN in the windows operating system, users can download and install the .msi file.

Users can easily install and use Touch VPN’s application on their device because it offers user-friendly options, viz., side menu bars, connecting buttons, and server options.

Touch VPN offers a great speed of more than 10 MBPS. However, it depends on users’ internet connection also.

After knowing about the Turbo VPN features, let’s go ahead with the pros and cons of Touch VPN.

Touch VPN is compatible with many platforms such as:

Touch VPN has come up with two premium paid plans, which are listed below:

This subscription plan is available at the cost of around $9.98.

After discussing the Touch VPN review, we concluded to avoid using this VPN. Instead, consider Touch VPN alternatives as discussed above because Touch VPN uses the outdated PPTP protocol that risks users’ privacy. The official website of Touch VPN is https://touchvpn.net/. 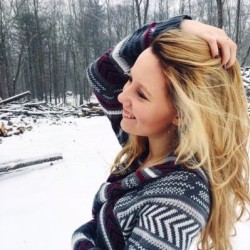