VPNs allow you to visit region-restricted areas and safeguard your browsing activity from specific issues. Nowadays, many VPNs have come into the picture due to the high growth of the internet.

With so many different VPNs and features, people find themselves stuck between which one to choose. To make the right decision, you need accurate information about the VPN you buy.

Hotspot VPN is one of the best-trending VPNs that provide the best quality services to its customers. Moreover, this article focuses on Hotspot Shield VPN’s essential features and benefits.

Hotspot Shield VPN has been one of the best VPN service providers in the world for years. The VPN has more than 650 million downloads over the internet and grows daily.

It offers the customers two benefits; a free service and a paid/premium service. Free Hotspot Shield VPN sponsors the Ads and offers up to 500 MB daily data limit. As soon as you switch to the premium version, no ads will interrupt your work.

In this Hotspot Shield VPN review, we have focused on both versions, i.e., free and premium, to test the performance. In addition, we will focus on major factors, including features, security, speed, logging policy, and compatibility.

Hotspot Shield VPN has the fastest connection speed. In addition, the VPN provides user-friendly mobile apps that allow you to stream US Netflix, P2P, and torrent traffic on all servers.

Hotspot Shield VPN has a controversial history because of its customers’ security concerns. However, the company has improved its services nowadays.

Where is Hotspot Shield VPN Based?

Earlier, Pango, formerly known as AnchorFree, owned Hotspot Shield VPN. But after July 2020, a security company Aura took control over the app and is monitoring the app to date. Aura is a top-rated security company having its base in the United States. In addition, the company is known for its strict privacy policies and laws globally. So the same applies to the Hotspot Shield VPN.

The official Website of Hotspot Shield VPN is https://www.hotspotshield.com/

With its excellent features, Hotspot Shield VPN has been entirely secure for users in the past years. The VPN includes exclusive features such as a VPN kill switch. In addition, the VPN hasn’t reflected any leak in the IP or DNS information. The VPN offers you DNS leak blocking, IPV6 leak blocking, and a VPN kill switch to provide you with complete security measures.

So, Hotspot Shield VPN provides you with complete security. However, the browser extension of the VPN seems to be insecure in some ways.

Let’s review Hotspot Shield VPN and closely examine each of the main features.

The windows version of the application comes with a kill switch feature that hides your IP address if your internet connection goes down suddenly. Aura provides you with the VPN with the kill switch mode disabled by default.

You can turn it on manually if you want to use that feature. Also, the feature doesn’t work with macOS, Android, or iOS. The unavailability of the kill switch feature in the app has been a significant oversight for an app with such a vast user base.

Also, your IP address might get exposed if you switch between different servers because the kill switch feature doesn’t get activated during the switching process. Although your personal information may leak for a few seconds during this process, it is a security concern, and a VPN should have this provision.

Hotspot Shield VPN provides a DNS leak protection feature for its users on Windows by default. However, the company has been unable to provide the customers with complete IPv6 and WebRTC leak protection. Therefore, if you are a privacy-concerned user, we suggest you disable these options from the setting for better results.

HYDRA VPN is a unique connection protocol followed by the Hotspot Shield team. Unlike the standard VPN protocols such as OpenVPN, Hotspot Shield VPN relies on IKE2 and its proprietary protocol, the HYDRA VPN. HYDRA VPN was previously known as catapult Hydra.

Studies and research have already concluded that the HYDRA VPN is the fastest VPN protocol globally because it mainly focuses on data transportation that significantly impacts the overall VPN performance. For example, you can get long-distance connection speeds up to 2 times faster than OpenVPN with HYDRA VPN protocols.

One minor issue, or transparency, arises when you talk about the procedures behind the scenes. VPN users cannot analyze or see what is happening behind the scenes when using the internet. Due to such issues, OpenVPN offers a reliable and trustworthy VPN protocol.

The significant benefit of OpenVPN is that it is fast, secure, and open-source, allowing users to see what is going on behind the scenes through coding and inspection. Also, users with a proper understanding of coding can inspect for VPN protocol bugs and try to fix them.

Hotspot Shield VPN has undergone additional security and data leak tests, and all the app versions are made up to our mark. The VPN didn’t show any data leaks during the trials and could hide the user’s actual IP address while he was connected to the VPN and surfing the internet.

Please note that the VPN doesn’t support IPv6 traffic. So if your ISP assigns an IPv6 address, the VPN might leak your data while you access the internet. So if you want to prevent your VPN from revealing your data, you should disable IPv6 on your device.

When using security-related software on your device as a VPN, it becomes essential to know how it encrypts your data and if it releases or installs any additional files or other things on your device. These extra or different things can be Trackers, Malware, and Permissions.

The primary function of most of trackers is to collect data about how the users interact with the app on different platforms.

With the help of the data collected, the app finds it easier to produce marketing analytics profiles.

Also, the collected data helps the VPN analyze how users respond to the issues they face while using the VPN, such as bugs or crashes.

Despite the VPN using these trackers to collect their users’ data to improve their performance and services, it doesn’t seem fair for the users as their privacy is ultimately compromised in some way.

As we have found, VPNs can still perform better without having trackers. For example, Astrill VPN contains zero trackers in its code.

When we test a VPN, checking its performance on different online video streaming platforms can be very beneficial.

The VPN seemed perfect when tested with US Netflix, even after not having a dedicated US Netflix server like all the other VPNs.

If the central US server cannot open Netflix, you are allowed to try 20 different city servers to unlock the video streaming platform. Apart from the US, there are some other Netflix libraries mentioned below.

Regarding unlocking Disney +, the Hotspot Shield team provides you with a wide range of options. There is a unique Hotspot Shield Elite to unblock Disney +. Also, the Elite version of the VPN worked perfectly in unblocking Amazon Prime Video, Hulu, and many similar video streaming platforms.

Analysts claim Hotspot Shield VPN to be the fastest VPN of all. With the app, users experience fantastic speed due to the unique catapult HYDRA protocol that works to fix the latency issues in the app.

As a result, the VPN serves you at a super-fast pace with reduced latency speeds among different regions worldwide.

The average rate you get in different USA servers is approximately 59 MBPS. In the UK, the network speed goes up to 62.60 MBPS.

On the other hand, in countries like Germany and Hong Kong, the average connection speed falls to 65 to 70 Mbps.

When we compared the connection speed of the VPN with other popular VPNs in the market, Hotspot Shield VPN kept itself at the top.

Unlike the other VPN, Hotspot Shield VPN allows you to select a specific US server and then connect to it with complete security and fast speed. When selecting a server to connect to your VPN, remember that the nearest will be the best.

The logging policy of the VPN raises several thoughts and hesitations in our minds. From the start, users accuse the VPN of having misleading logging policies.

The company claims that it doesn’t collect any of your logs. But it does collect other information that might be a privacy concern for you.

We have dug into the internet and found the information contained or provisioned by the Hotspot Shield team. The following data is available when you connect to the VPN.

Please note that while you use the app’s free version, the team can also share the additional data stored with a third party.

While using the free VPN version, you will share PII (Personally Identifiable Information) with your VPN service provider. If you are new to using network security-related tools or applications, let us tell you that it is best to keep yourself away from ad-supported services when trying to stay private online.

VPN service providers may use connection timestamps to prove that you have visited a specific website at a particular time.

Hotspot Shield doesn’t claim to have the most servers among all the VPNs, but it has spread its servers worldwide. The VPN covers over 80 countries globally with more than 1800 IP addresses.

Most network servers are associated with big countries, including the USA, UK, Canada, and Australia. However, the VPN provides a moderate server connection at less familiar destinations, including Ecuador, Egypt, and Thailand.

If you want to connect your VPN to a server in the USA, you will get 27 server options from different cities, including New York, Los Angeles, and Dallas. This wide range of servers has benefited North Americans and customers looking to shop or browse from specific US locations.

Recently, the Hotspot Shield team added a few servers in Australia, Canada, and Italy. So, in these countries, now you can find the following number of city options.

We have found that the Hotspot Shield team uses virtual and physical servers around its network. However, they are unwilling to reveal those servers for security or privacy reasons.

Also, to ensure your privacy, the team assigns IP addresses to share among multiple users. As a result, this allows you to hide easily among a large crowd.

Regarding compatibility, Hotspot Shield VPN undoubtedly can overshadow most other VPNs on the market. As tested, the VPN is compatible with most major platforms and devices.

Also, if you are using the premium version of the VPN, you can connect up to five devices simultaneously.

This fast VPN can work with almost all your devices, as mentioned below.

Below, we have provided you with a brief about the Pros and Cons of the Hotspot Shield VPN.

Hotspot Shield VPN claims to be the best VPN in the market and is undoubtedly among the best. The VPN covers more than 80 countries globally with its super-fast servers.

The app comes in two versions, the free and the premium versions. You can access many video streaming platforms and torrents when you switch on the premium or elite VPN version.

Hotspot Shield VPN is compatible with most platforms and devices. It has also introduced downloadable app versions for different platforms. 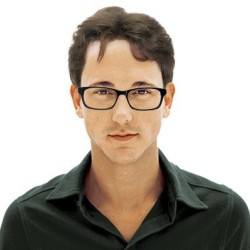 William is a technical geek and crazy about VPN, Kodi, IPTV, Netflix with huge hands-on experience in technical writing. His management, out of the box thinking, and teamwork makes him the perfect Entrepreneur. more...